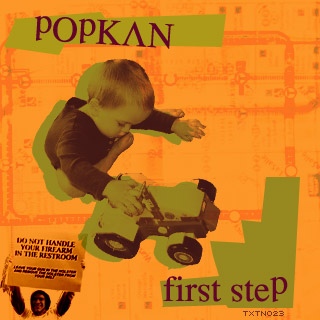 Tom Erdmann aka Popkan began his electronic expedition after witnessing Green Velvet and others at underground parties on Chicagos southside. From there he picked up a part-time job to support his new addiction to electronic music production and sampling. With neighborhood friend Matthew, the two combined studios and began playing at raves and house parties all over the windy city. Eventually it became too much and the duo took their studios solo but continue to push each others music further.

With a new start, and a new vision, Popkan began from scratch. The objective: Keep the dancefloor moving in a way thats fun and interesting. He went to work on his most recent sound ranging from deep dark techno to funky minimal house. In 2002, Tom gained local recognition with Meiotic Promotions. From there he found himself playing live PAs at some of Chicagos hottest underground clubs. His live sets are that of extreme enthusiasm for the music, hearing is only the half of it. He is currently working on projects for both Micromusik and Subvariant, both out of Chicago as well as Clevermusic out of the UK. There is no telling what he will do next so come along, as others may never know what it is like to breathe sound.