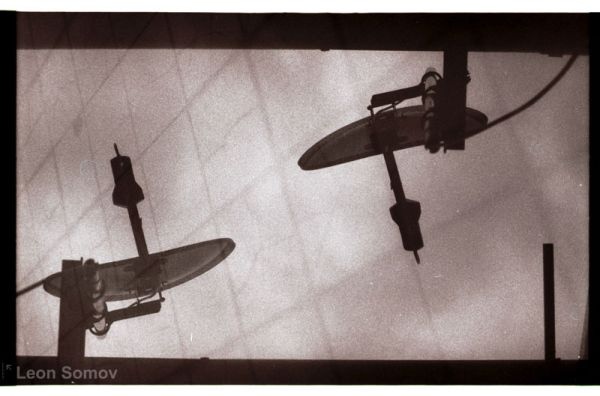 It has been a while since we updated it so the time for a new, fresh and interesting stuff to be released.

Our eighteenth (oh my…) release is from is a Lithuanian project of Leon Somov - a talented producer and singer Juste (aka Jazzu). One of their tracks was already spinning in the charts of several popular radio stations.

I guess you already understood that it would be pretty naive to think about this project as a freshly created - Leon Somov has been creating music for more than 10 years already. His musical carrier begin in a metal band and much alter he became a member of a popular Lithuanian Inculto band. At present he is studying sound engineering in SAE institute in London - this is the place where Offline EP was born.

The past of Jazzu is also colourful - her musical roots lie in jazz music but she has become a singer of Milky Lasers band. Neverthless she’s now studying Jazz vocal in London.

So we are really proud presenting you their debut release. The word “Amazed” for the feelings we had while listening to Offline EP is just a poor expression of what we really felt - we more than enchanted by this music so we couldn’t not afford not releasing it on our net label.

Leon himself speaks about this project “I feel a lot of freedom in what I do, but sometimes I have a healthy fear that everything I create is getting old in matter of days and even hours. I am falling in love every time I start create something. Seriously. Without love things just don’t get together for me. During these moments I try to express myself in every way I can. I also feel grateful to Juste – although she is more into live music we are really good at working together. Actually I think that this music is worth more than being released only in Lithuanian market - that is one of the main reasons I chose Sutemos for releasing our material”.

Another Interesting fact about Leon is that he also very interested in photography. As he grew up in the family where this form of art is far from being forgotten Leon is really good in expressive himself through it. One of his photos was even included in the virtual gallery of legendary second part of Intelligent Toys compilation. And this release is another chance to see more of his beautiful photos.

By the way, we are already getting ready for a remix release of this EP. The fact that the tracks of Leon Somov will be remixed by such artists as Michael Fakesch (ex Funkstorung), Deadbeat, Marsen Jules (he produce a remix for Depeche Mode not so long ago), Joel Tammik, tells more about the quality of their music much more than an hour of my fiction. Actually, we don’t even know exact line up of remixers - it might be even more impressive.

Enjoy. As you always do.