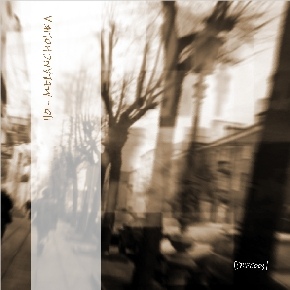 this record was waiting to be released for quite a bit of time. it’s hard enough to release a non-standard music album commercially in lithuania, so many people here and elsewhere could have never heard it and it would have simply been lying on the composer’s and several other people’s shelves. surfaces netlabel exists to find such music and share it with the wider audience, so finally this album is out and available for listening

the music here is a subtle mixture of deep and dark ambient textures, noised industrial drones and occasional moments of mellow melancholy, like in “timeless yearning”, featured on v/a – surfaces. melancholika is a pure expression of emotion - it was not created purposefully, as ijo usually composes different kinds of music, mostly drum’n’bass and experimental drill’n’bass. the sounds on this recording are influenced by the composer’s melancholic mood at some period, and are an attempt to express this mood through sounds, perhaps almost a subconscious attempt

it would be difficult to release this album in any season other than late autumn. it is not music to listen to in the car in warm summer evenings. this music has to come together with grey apartment block buildings you see through the window, with fallen leaves that have already turned brown, with foggy days, with being tired of everything and everybody. it’s a soundtrack for feeling strange. it’s about longing for something you have never seen or heard of, something that might well not exist at all. it’s melancholy embodied in soundwaves