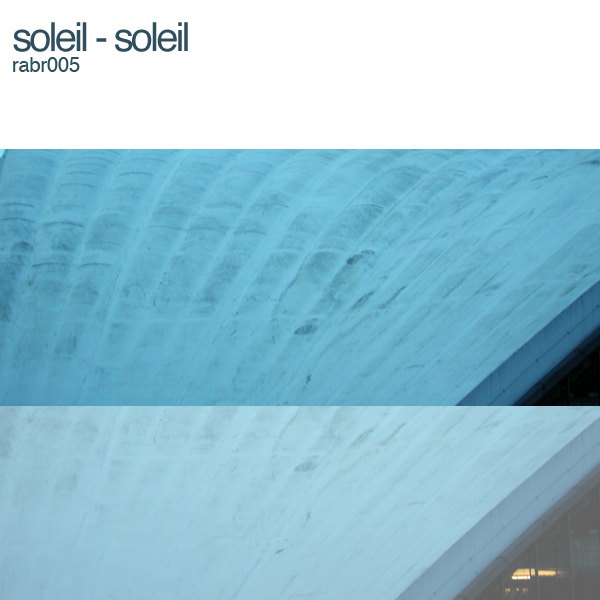 niels jensen from bern (.ch) presents his rather unknown musical side with lightness, sparkling microdrums and using his own voice. as the title implements, text and music interprete the daily cyclic move of the sun and the various moods generated by the sunbeams in the air and its reflections on surfaces, building the fundament for the growing nature.

with this release niels reflects the time and atmosphere living in the countryside in the french part of switzerland, before returning back to bern.

well known from his cooperation with stefan riesen under “dialogue”, niels jensen released on bern’s based labels morris/audio, speaker attack, aqcuit, everest and oxodya. besides he appeared on labels like highgrade, trapez, tongut, stattmusik, thinnerism.com and steve stoll’s label proper.

this lead to live performances and dj gigs all over switzerland and europe, like his appearances on batofar in paris, in ostgut’s panorama bar and at tresor/globus in berlin.

with “soleil” niels jensen contrasts these nighttime travels with daytime music for letting yourself float through a sunlit day.