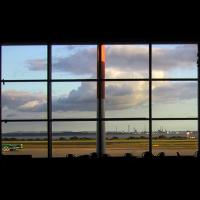 We first met Jeff at one of Elois shows at Londons Fabric club. He was scheduled to play after Eloi and it was also his first gig in London. Over a few drinks beforehand, the three of us hit it off. But it wasnt until later that we realized how much we liked his set and his music. As Jeff had already had a few releases out–on esteemed labels like Poker Flat–we knew we wanted to work with him.

This first release is all deep tech-house, the type that Jeff does with ease. The EP has a deep, groovy Cologne sound and will fill any space with a warm atmospheric breeze. And Final Scratch DJs will be pleased to have this release on-hand to not only open a set, but also to coax others onto the floor throughout the night.